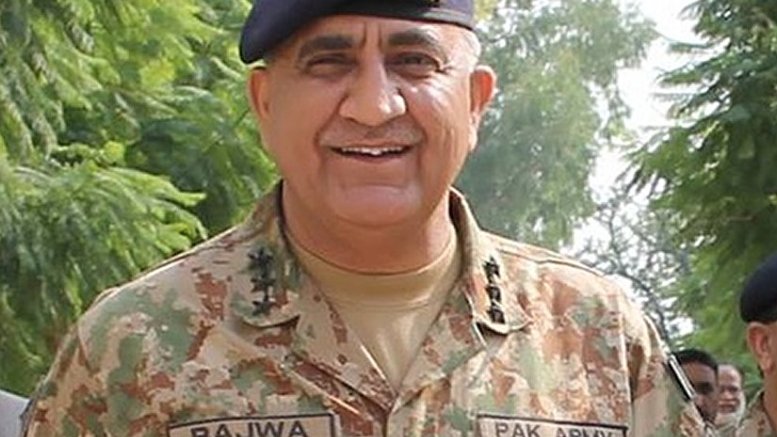 
For once, there seems to be a peaceful transition in the Pakistan Army with General Raheel Sharif relinquishing command on 29th November. (The issue of transition was written in an earlier analysis,  here and here).


Lieutenant General Qamar Javed Bajwa is slated to take over; obviously the media is rife with stories and conjectures as to what propelled the General’s appointment superceding three senior officers. That it is Pakistan we speak of, gives added curry flavor; Pakistan has had a long history of military dictatorships and it is a well known fact that the Chief of Army is potentially more powerful than any civilian government occasionally in power. With the world’s sixth largest standing army in troop strength, Pakistan has been the media’s favorite child, what with impediments to civilian and democratic supremacy, nuclear proliferation, its connivance in Afghanistan and the spread of global terrorism, and its entire history of sucking American funds to use them against its bete-noire, India, making it a widely covered ‘banana republic’.

The facts and what we can make out of them: What do we know of General Bajwa?

The General officer is from the 1980 batch of the Pakistan Military Academy, commissioned in to the Baloch Regiment, which has produced three former Chiefs. His predecessors have been Generals Yahya Khan (Chief, Martial Law Administrator and President), Aslam Beg and Ashfaq Pervez Kayani. Though in itself it may mean little, but the fact of having a Baloch connect may mean something given the problems which have resurfaced in that frontier province of late.

For people familiar with the nuances of ‘qaumi’ (or sectarian, race or culture based) units in the sub-continental armies, it should be self explanatory. For those not familiar with the term, ‘qaumi’ units comprise of troops from a particular sect or clan, usually considered martial in nature. The term can be attributed to the way the British recruited for their armies, and these considerations worked in their favor in order to control clan based ambitions and/or rebellious traits. The system of recruitment continues to flourish even today, and an officer from a ‘qaumi’ unit would have immense say over the opinions of the elders (who would also have served under him) and therefore over the broad view in the community. Whether that is a reason for the rise of General Bajwa is debatable, but quite possibly a substantial reason behind the decision.

Professionally, the General has been put through the paces at the Canadian Forces Command and Staff College, Toronto, at the Naval Post Graduate University, California and at the National Defence University, Islamabad. These are courses at different levels of army hierarchy marking out their proficiency to command troops. The gamut of courses would not be considered top-of-the-line, for instance one of the other contenders is from the Royal College of Defence Studies or RCDS, UK. However they do give him the requisite qualifications for the job and yet, make him slightly more pliable.

The General has served as a Brigade Commander in the United Nations peacekeeping mission in Congo, MONUC/ MONUSCO. He has been the Commandant of the Infantry School at Quetta, a training establishment. He has been the Force Commander of Northern Areas which include the territories of Pakistan occupied Kashmir (PoK) and Gilgit- Baltistan, illegally annexed by Pakistan from India in 1947. He has commanded the Pakistan 10 Corps, deployed along the Line of Control with India, usually considered most important considering Pakistan’s obsession with the K word. Prior to his appointment as Chief, the General was heading the Training and Evaluation Directorate at General Headquarters Rawalpindi. In all, he seems to have an equitable mix of operational and training commands. Again he may carry a chip on his shoulder which is useful to be exploited to the advantage of the political establishment.


Three officers have been superceded namely Lieutenant General Ishfaq Nadeem who commanded the Multan based 2 (Strike) Corps or the Army Reserve South, Lieutenant General Javed Ramday who commanded the Bahawalpur based 31 Corps and Lieutenant General Zubair Hayat, also a former 31 Corps Commander, Director General of the Strategic Plans Division and lately Chief of General Staff. To the credit of Prime Minister Nawaz Sharif’s political acumen, he has simultaneously announced the appointment of Zubair Hayat as the Chairman, Joint Chiefs of Staff Committee; the four star General post is considered as the link between the government and the armed forces, but is also a notch lower than the all powerful Army Chief in Pakistan.


General Bajwa seems to be an apolitical officer, which is difficult to believe in the feudal system of Pakistan. He is from the Punjabi Muslim stock which is almost a mandatory requirement to see upper echelons of power in the country. From all accounts, he is a strong proponent of the army not intruding in to civilian space, which is another metaphor for ‘playing safe’. To that end, it makes good political sense for an already embattled Nawaz Sharif to appoint him as a safer option and hopefully a more pliant one.

In the Pakistani narrative, only two tenets remain permanent.

First, its ability to keep the US on its right side, and

Second, its relentless pursuit of Kashmir and India’s downfall.

These tenets have formulated both its domestic as well as its foreign policy. It really does not matter whether a civilian or military government rules, what matters is that these two guiding principles are adhered to; without either, the state of Pakistan would succumb to internal dissension or to economic breakdown.


If that be the precursor, the General heading the army would indeed be imprudent to ignore both these facets. In the recent past a number of accusations relating to Pakistan’s nexus with terror outfits have been made, notably in the US. This is threatening to the notion of Pakistan continuing to extract funds based on fallacy and may spell the beginning of its economic breakdown. Hence it was of utmost importance to project to the world that a lawful system based on civilian control was in place and is the basis of any decision. The decision to not grant an extension to General Raheel Sharif, and thereafter appoint an innocuous General as Chief, meets this requirement beautifully. After all, perception management has been taught in the Pakistani military establishment since 1949!


Nawaz Sharif would also have to look in to the internal political dimensions to retain his tenuous hold on power. The Balochi antecedents of the General help him to keep a lid on Baloch insurgency and opinion. The fact that he is a Punjabi Muslim helps. In order to keep the military on board it certainly makes sense to have a pliable Chief of Army.


With all these factors in mind, the appointment of Chief seems to be very well orchestrated. Along with that comes the question of what the General’s own views portend. As mentioned earlier, he has expressed the need to keep army from intruding in to civilian space. As per reports in the Pakistani media, he has also remarked on terror being a greater threat than India. Both these statements are as politically correct as can be. There has been growing clamour for Pakistan to adhere to democracy and institute measures for the supremacy of civilian control over its military establishment. Links to the terror machinery across the globe having been immutably affiliated to Pakistan, it has been stridently demanded that the country take punitive action against the perpetrators of terror operating from its soil. So a Chief of Army making just these two policy oriented acknowledgements might well be too politically correct to be true.


Again reverting to the raison-detre of the Pakistani state, its territorial dispute with India, General Bajwa is not going to make any meaningful departure from the cause. To keep the Indian behemoth bleeding, Pakistan has no alternative but to continue its strategy of ‘a thousand cuts’; hence, export of terror will not change as an instrument of state policy. Add to that the dimension of an increasingly radicalized Islam. Pakistan will continue to protect terror outfits operating from its soil and it will also keep on paying lip service to the ‘war against terror’. It would take an erudite intelligentsia across the globe to recognize intentions and institute rational and cognitive steps to stop that.


And while the General may seem relatively meek at the moment, it would be prudent to remember the appointment of General Pervez Musharraf. History might repeat itself at some time in the near future.

Posted by Vasundhra at 7:13 AM